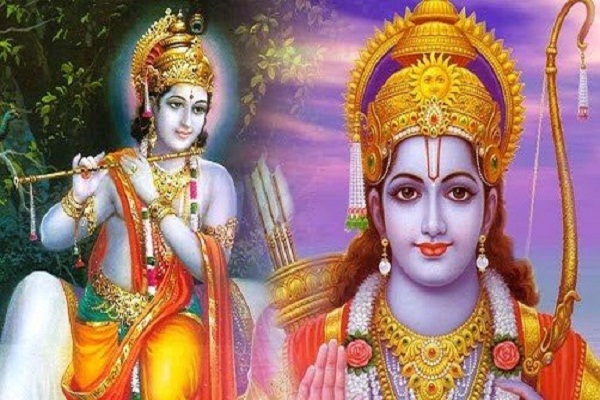 “When you are bored with your garden you think of the jungle, because it is nature’s own creation; it is not of your making. There is a life, grandeur and beauty in the jungle which no garden can have.”

“It is wrong to say that your tradition does not make a distinction between Rama and Krishna. It does. It does not accept Rama as a complete incarnation of God; Krishna alone is accepted as such. Your tradition is very clear about it.

I don’t know if they have a comparative evaluation of Hanumana and Meera – perhaps not – but they have certainly evaluated Rama and Krishna, judging Krishna to be the highest among all the Hindu avataras, all the Hindu incarnations.

It is obvious that followers of Rama do not accept Krishna; they don’t even want to hear his name. In the same way devotees of Krishna are allergic to Rama – and it is natural. But I am a follower of no one; I follow neither Rama nor Krishna. I have nothing to do with them; therefore, I can see them exactly as they are, and I will say the truth.

To me, it seems that Rama’s life is clear-cut and defined; there is nothing hazy about it.

Krishna’s life is not that neat and clear-cut, it cannot be. And that is why it has great depth. Rama has cut out a portion of a vast and wild jungle and turned it into a neat and clean garden by removing unwieldy bushes and shrubs. But this does not mean that the vast jungle has ceased to be; it is there, surrounding the little garden.

D.H. Lawrence often said he wanted to see man in his wild form, that modern man had turned into a garden and was diseased. While Rama is a small and enclosed garden, Krishna is the vast jungle itself, wild and rugged and chaotic. It lacks planning and organization, order; it has no roads, no pathways, no sidewalks, not even flowerbeds. It is full of wild animals like lions and tigers;

Krishna’s life is that gigantic jungle, while Rama’s life is a kitchen garden in the backyard of your house, where everything is in order, where there is nothing to fear. I don’t say to you, ”Don’t have a kitchen garden,” what I say is that a garden is a garden and a jungle is a jungle.

When you are bored with your garden you think of the jungle, because it is nature’s own creation; it is not of your making. There is a life, grandeur and beauty in the jungle which no garden can have.

Your tradition has made a comparison between Rama and Krishna, but not between Hanumana and Meera. It is not that necessary to evaluate Meera and Hanumana comparatively. Since you raised the question I have to say something about it. Where will you place Hanumana when his lord Rama himself is only a kitchen garden? At best he can be a flower pot; nothing more than that. And as a flower pot in the garden of Rama he is very neat and clean, at times more orderly than Rama himself”.

Krishna The Man And His Philosophy