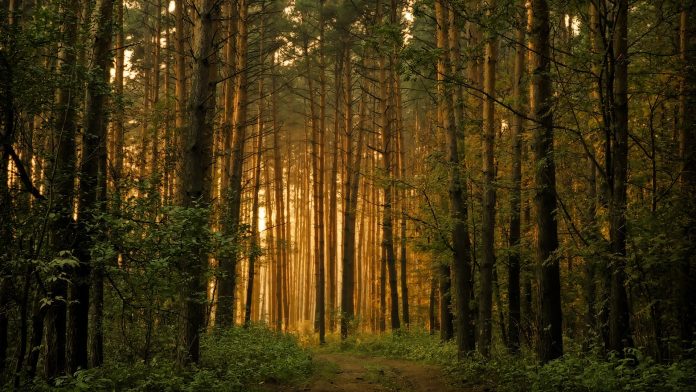 Once there was a woodcutter who used to cut wood from forest and sell it in the market to earn his living. Every day he used to come across a sage meditating in the forest. He used to feel some kind of attraction towards that sage but sage never used to talk to any one.

One day he decided to take blessings from the Sage. So he went to the sage for his blessings. Sage just said “go deep into the forest” and closed his eyes in meditation. That day Woodcutter went deep inside the forest and to his surprise he found big sandal wood trees. That day he made lot of money enough for one week. Now he used to cut sandalwood only in a week.

After some days he felt I should go more deep inside the forest and to his surprise he found the silver mine just ahead of the place where he had stopped last time. Now he was very happy, almost on the 7th heaven. He came back and thanked the Sage but sage repeated his words “go deep into the forest” and he went still further inside the forest.

To his surprise he found Gold mine there. For a while he thought it’s a dream. Then he thought why not go still further.

So the Woodcutter went very deep inside the forest. Path was not easy and there was danger of wild animals also. But some voice was constantly asking him keep on moving inside the forest. At times he was scared also and wanted to turn back and enjoy the luxurious life by selling Gold.

Any other day he would have stopped and turn back but today some inner voice was pushing him towards the forest. At last he came across a diamond mines. He was literally shocked. It was too much. He sat under the tree and remembers his past. Few weeks ago he was a poor Woodcutter earning every day just enough to feed his family and today he is the richest person in the whole country.

Long time he sat under a tree and then he realized its all because of the blessings of that sage. And there must be some thing better than this Diamond mines that’s why sage is not after these diamonds.

He came back and fell at the feet’s of the sage and asked for his blessings again.

Sage took him up by arms and said “All the while I was waiting for you only. Now go deep inside your heart. You will come across many beautiful experiences; many spiritual powers will come to you. But don’t stop there. Just keep on moving inside until you find yourself.”

The Mind is a Businessman