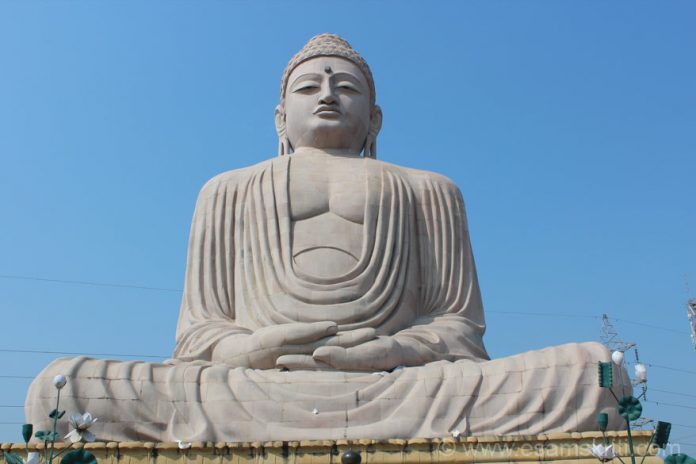 He is traveling with his disciple, Ananda. They are tired. They want to reach the next town before sunset; they are rushing as fast as possible. But Buddha has become old, and Ananda himself is older than Buddha. They are worried that perhaps they will have to stay in the forest for the night, they will not be able to reach to the nearby town.

They ask an old man, a farmer who is working in his field, ”How far is the town?”

And the old man says, ”Not very far. Don’t be worried. It is just two miles, at the most. You will reach.” Buddha smiles. The old man smiles. Ananda could not understand: ”What is going on?”

Two miles have passed. There is no town yet, and they are more tired. An old woman is collecting wood and Ananda asks her, ”How far is the village?”

And she says, ”Not more than two miles. You have already reached, don’t be worried.” Buddha laughs. The old woman laughs. And Ananda looks at both: ”What is this laughter?” And after two miles still there is no town.

They ask a third man, and again the same question and the same situation.

And Ananda drops his bag and he says, ”I am not going to move any more. I am so tired. And it seems we are never going to cross these two miles. Three times we believed… but one question arises in my mind continually….”

Living with Buddha for forty years… he has learned how to live with such a man, not to ask him unnecessary questions. But he said, ”Now if it is unnecessary or necessary, I don’t care. One thing you have to tell me – why were you laughing when that old man said, ‘Two miles, just two miles – you have not to go more than that’? And again you laughed with that old woman, and she also smiled, and again with the third person the same thing happened. What was this laugh? What was transpiring between you people? You don’t know them, they don’t know you.”

Buddha said, ”Our profession is the same. When I laughed, they laughed. they understood that this man belongs to the same kind of profession, where you have to keep people encouraged: ‘Just two miles, just a little more.’”

”And I laughed at those people because I know this village, I have visited this village. I know it is not two miles. But I kept quiet because you were so eager to know how far it was. I knew that we were not going to make it. But what was the harm? – you could ask them.

The Mystery School: An encounter with the miraculous

Buddha and a Small Girl Story