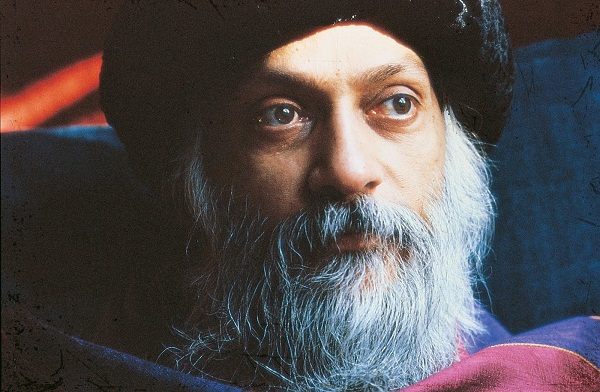 “For millions of years our whole way of life has been of adjustment, of compromise. And compromise with whom? With a crowd — in which everybody else is also compromising, where nobody is opening up his reality, where everyone is afraid of being himself, because from the very beginning he has been told, ”The way you are is not going to be acceptable.”

You have to be acceptable, and that means you have to live according to ideals, formalities, mannerisms. You have to be, more or less, an actor in a drama — and do your best. Never expose yourself, never be naked and nude. Hide yourself — ﬁrst from others, and ﬁnally from yourself. Force yourself into such darkness that even you cannot see who you are.

Don’t take it as a personal problem; it is our social reality. It is the way we have been manufactured, modiﬁed, continuously painted, white-washed — according to others’ ideas. Just because those ideas are ancient and old, and because man has lived according to those ideas for centuries, it has been thought that they must be right; otherwise people would have rejected them long ago. The longer an ideal has lived, the more valuable it becomes. The more rotten it is, the deadlier it is, the more respectable, the more honorable it must be.

It is difﬁcult to ﬁt with these ideals, it is arduous. It is a tremendous struggle against yourself, against nature, against existence, against life. But you have been told by your parents, by your teachers, by your priests, by everybody — and with good intentions — ”Don’t assert yourself. Keep yourself out of the way, be a perfect hypocrite, and your life will be a successful life.”

In short, it is ambition, success, a desire to fulﬁll the ego that has been used to force you into darkness. If you want success, if you want Nobel Prizes, if you want to be honored by the society, respected by the masses, then you have to do one thing absolutely: Never be yourself! Hide yourself, and just function according to the expectations of others.

It is this very conditioning that I am absolutely against. I want you to be yourself. It may bring disrespect, it may take away your so-called success. You may become a nobody from being a very famous celebrity. But there will be tremendous satisfaction and contentment, and a great relaxation.

Who cares, in the ﬁrst place, to be crowned by idiots? It is an insult, it is not respectability.

There is no point being worried about other people; their opinions mean nothing. The only thing that matters in life is your own opinion about yourself, your own respect for yourself. Nobody can destroy your dignity then, because it is not dependent on anybody’s opinion.

Come out in the open — even if it goes against the whole world. Enjoy your original being.