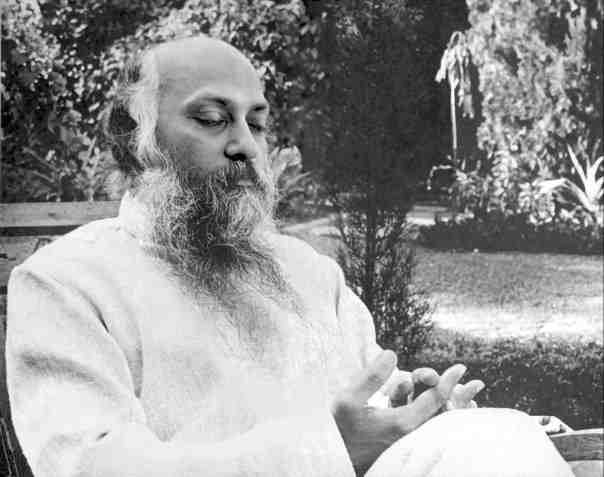 He went to China, and the emperor of China went to see him. And the emperor said, ”My mind is very uneasy, very disturbed. You are a great sage, and I have been waiting for you. Tell me what I should do to put my mind at peace.”

Bodhidharma said, ”You don’t do anything. First you bring your mind to me.” The emperor could not follow he said, ”What do you mean?” He said, ”Come in the morning at four o’clock when nobody is there. Come alone, and remember to bring your mind with you.”

The emperor couldn’t sleep the whole night. Many times he cancelled the whole idea: ”This man seems to be mad. What does he mean, ’Come with your mind; don’t forget?’” The man was so enchanting, so charismatic that he couldn’t cancel the appointment. As if a magnet was pulling him, at four o’clock he jumped out of the bed and said, ”Whatsoever happens, I must go. This man may have something; his eyes say that he has something. Looks a little crazy, but still I must go and see what can happen.”

So he reached, and Bodhidharma was sitting with his big staff. He said, ”So you have come? Where is your mind? Have you brought it or not?”

The emperor said, ”You talk nonsense. When I am here my mind is here, and it is not something which I can forget somewhere. It is in me.” So Bodhidharma said, ”Okay. So the first thing is decided – that the mind is within you.” The emperor said, ”Okay, the mind is within me.” Bodhidharma said, ”Now close your eyes and find out where it is. And if you can find out where it is, immediately indicate to me. I will put it at peace.”

He opened his eyes. He bowed down to Bodhidharma and said, ”There is no mind to be found.” Bodhidharma said, ”Then I have put it at peace. And whenever you feel that you are uneasy, just look within, where that uneasiness is.” The very look is anti-mind, because look is not a thinking. And if you look intensely your whole energy becomes a look, and the same energy becomes movement and thinking.

Yoga The Alpha and the Omega Volume 1
CHAPTER 1. INTRODUCTION TO THE PATH OF YOGA
Osho
Share this on WhatsApp

WHY IS LOVE SO PAINFUL?