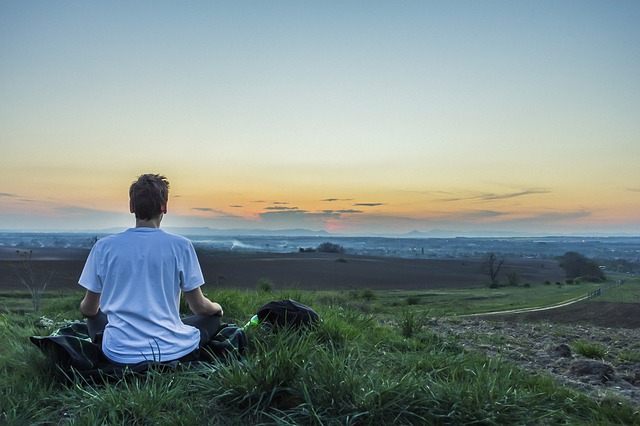 This is not the first time that the difficulty has been raised – it has been raised by many people. After Gautama Buddha, his disciples reached China near about eighteen hundred years ago and they were faced with the same difficulty. Finally they decided not to translate the word because there is no possible translation. They used the word dhyan, but in the Chinese pronunciation it became ch’an.
And when fourteen hundred years ago the transmission of the lamp reached to Japan, again there was the same difficulty: what to do with ch’an? The Japanese had no equivalent or even similar word for it. So they also decided to use the same word; in their pronunciation it became zen.

And it is a strange story, that Gautama Buddha himself never used the word dhyan, because he never used the Sanskrit language. It was one of his revolutionary steps to use the people’s language, not the language of the scholars. Sanskrit has never been a living language; it has never been used by the people in the marketplace. It has been the language of the learned, the scholars, the professors, the philosophers, the theologians, and there was a tremendous gap between the world of scholars and the world of the ordinary human being. It was tremendously courageous of Gautama Buddha not to use the language in which he was trained, but to use the language of the people. He used a language called Pali. In Pali, dhyan becomes jhan. Jhan and zen are not very far away, and ch’an also fits perfectly well between the two.
But the people who translated the first scriptures describing meditation thought that they understood the meaning of dhyan. Most of them were Christian missionaries, and naturally they had nothing beyond the conception of mind. Christianity has never thought about going beyond the mind; hence the possibility does not exist for anything like dhyan. The closest they could come was ‘meditation’.
But the moment you use ‘meditation’, it becomes, automatically, meditation upon what? ‘Meditation’ is intrinsically objective – the word. Dhyan is not.

When you use dhyan, it does not mean on what. It simply means going beyond the mind. And the moment you go beyond the mind, you go beyond all objects. You simply are. Dhyan is not a process, but a state of being. Not a duality between subject and object, but simply a dewdrop slipping from the lotus leaf into the ocean.

Talking to you, when I say, “Meditate over it” I know the word I am using is wrong. But the reason that I am using the wrong word is because only the wrong people are around me! All the misfits of the world… they fit me very well! But you can be reminded that language should not become a barrier.

Meditation is a state. You are simply silent – no thought to concentrate on, no subject to contemplate, no object to meditate over. The other has disappeared. And remember, the moment the other disappears, you cannot exist. You are part of the other. Just as if light disappears, there will be no darkness; if life disappears, there will be no death; they are intrinsically joined together. “I” and “you”
can either exist together in a certain kind of coexistence or we have to disappear and then what remains is neither me nor you. What remains is the universal energy.

Meditation is disappearing into the universal.

Mind is the barrier. And the more you concentrate, the more you contemplate, the more you meditate upon something, you will never go out of the mind. And mind is the dewdrop I have referred to. So the first thing to understand is that for meditation, only in the East and particularly in India was the first word coined. Words are coined only when you have a certain experience which is incapable of being expressed in the existing language.
For ten thousand years India has been pouring all its genius into a single effort, and that is dhyan. If you use the word “dhyan”, you will not ask, “On what?” The very word “dhyan” has no intrinsic duality.